All Categories ​>​ ​PRODUCTS ​>​ How do I sharpen my AFTCO Fillet Knife?

How do I sharpen my AFTCO Fillet Knife? 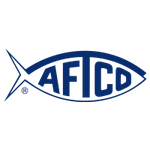 Updated 5 months ago by AFTCO

We suggest using a Wet Stone with two different grit ratings, a 1000 and a 4000. Start with using the 1000 grit stone while holding your knife at a 17 degree angle. Use a long sweeping stroke to sharpen the entire blade in one motion or an up and down stroke starting at the base then moving to the mid-section and finally the tip. Use either method on both sides of the blade several times. Next, move to the 4000 grit stone to do the finishing work. Same method applies on how to sharpen. Once completed your knife is ready to fillet.

How did we do?

(opens in a new tab)